Sleep apnea and airway issues can negatively impact your teen's health and behaviour. We can address your concerns, help put your mind at ease and identify treatment options.

What is Sleep Apnea in Teens?

Sleep apnea and airway issues can be caused by enlarged tonsils or other factors, and have serious health consequences.

As your child becomes a teenager, their sleep patterns will naturally shift, due to changes in the brain's circadian system as well as environmental factors such as their schedule.

But what happens if you suspect your teen's problems with sleep extend beyond the normal teenage struggles to get those 8 to 10 hours of restful shuteye every night? If you've noticed symptoms such as snoring, hyperactivity, mouth breathing, mood changes and daytime sleepiness, they may be suffering from sleep apnea and airway issues.

Obstructive sleep apnea can cause your teen to stop breathing for more than 10 seconds during sleep, triggering the brain to wake them up to breathe. This results in precious sleep being interrupted.

Sleep apnea is a serious health condition that can negatively impact your teen's physical, emotional and psychological health, now and in the future. It may be caused by airway issues such as blocked airways or enlarged tonsils. Along with airway issues, sleep apnea can be addressed and treated, sometimes with orthodontic treatment. 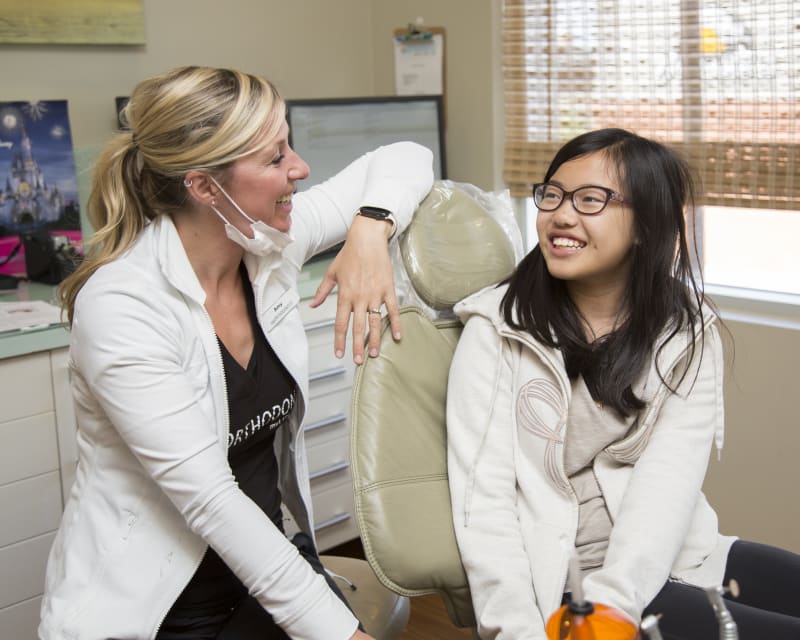 Symptoms of Sleep Apnea in Teenagers

If your teenager is suffering from sleep apnea or airway constriction and breathing-related issues, you may see many symptoms such as:

Teens (and their parents) who are dealing with sleep apnea and airway issues often notice symptoms that might worry them.

At myORTHODONTIST, we take a non-invasive, client-first approach to orthodontics, developing a customized orthodontic treatment plan for your teen.

We can conduct a myofunctional orthodontic exam for your teen to identify common indications of constrictions or blockages, such as tonsils that are abnormally sized or positioned. We can also perform a sleep study and take X-rays.

We welcome all new patient inquiries – no referral required – and there's no obligation.